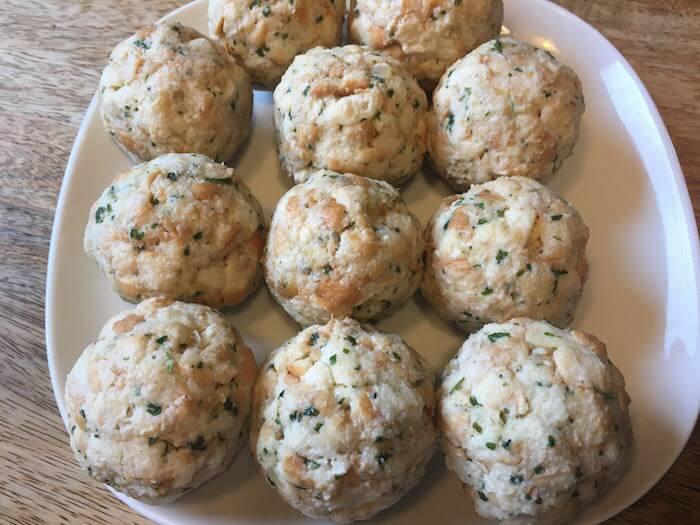 Semmelknödel and Germany simply belong together. The farmers already had "dumpling days" ages ago, on which, for example, stale bread was processed. In Hocheppan in South Tyrol is the first pictorial representation of dumplings from the 12th century "The good dumplings and the use Gitschen". In a Tyrolean cookbook from the 16th century, one can find one of the first dumpling recipes recorded in writing. Today, a roast pork, smoked meat, venison stew or a mushroom sauce would be unimaginable without bread dumplings!

A freshly cooked dumpling is fluffy, fluffy and of course always tastes best. But if you would like to pre-cook several, that is of course also possible. You can freeze the dumplings cooked. After thawing, let them steep in hot water or fry them cut in a pan (dumplings with egg).

Your opinion matters to us! 3 ratings has this post already received Submit rating